The Aiken Winter Classic I was held in Aiken, SC during the cold winter days for January 3-5, 2014. Despite the extreme cold weather our riders had a great weekend!  Courtney Faulkner and Zam I Am were Champion in the Low Child/Adult.  Elise George and Madison made her debut in the Junior Hunters and had great ribbons!  Alex Amodeo and Czarmani made their debut in the Amateur Owner Division winning the Amateur Owner Equitation Class!  This was Alex’s final show before she leaves for UNCG this week.  We will miss her this Spring.  Good Luck Alex! 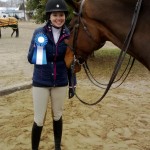 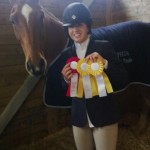 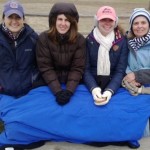 Congratulations to all our riders on new leases for 2014!

Carson Odle and Taya Zawadzki on leasing Merlin’s Accomplice (Wizard) and will both be showing in the 2’6” division this year.

Casey Barnhill and Highland Lad (Monti) will be showing in the 2’3” division this year moving up to the 2’6” fences.

Sarah Ekola and Flat Stanley (Stanley) will move up to the 2’6” division at the BRHJA Horse Shows.

The first SCEC Show this year will be on Saturday, January 18th at Providence Equestrian Center.  We have some new and exciting changes for the upcoming year including a derby series in which a derby will be held every quarter and the top 12 will compete at the Derby Final at the last show of the year in December at Cedarhill Farms.  We also will have at the final show a SCEC Medal Final with the top 4 riders from each of the 2’, 2’3” and 2’6” competing against each other in the Final. Visit the website at http://southcharlotteequinecircuit.com/Home.html

There will be no lessons the week of April 14-20 for Spring Break!